The Green Room has some of the most spectacular views in the entire Castle of the outside landscape, and overlooks the garden and Glaslough lake. It has wide bay windows and is a particularly friendly room that still boasts its original Victorian handmade wallpaper. It is a bright sunlit romantic room draped in green with a stunningly beautiful en suite complete with freestanding bath, walk-in shower and two sinks. The spacious design makes it clear why Castle Leslie is one of the most renowned spa hotels Ireland has to offer.

Originally, the room was Sir John Leslie’s (2nd Bt.) bedroom, where he was well looked after by his loyal butler, Wells, until his death in 1944.

Wells would wake him each morning with breakfast and all the news. While in the Red Room next door, his daughter-in-law, Marjorie, would be wakened to all the latest gossip. Wells and Sir John must have enjoyed their morning exchanges enough to ‘record’ them, as it were, on the ether, because for some time after his death, people sleeping in the bedroom would wake to the sound of their mysterious happy chatter.

The bedroom has hosted various other members of the Leslie family since, including Anita and her husband Bill King whilst they resided on the Estate after World War II, and Desmond and Helen Leslie when they first took over the Estate in the early 1960s.

In A Story Half Told: A Wartime Autobiography, Anita recalls returning to Castle Leslie Estate in March 1945 for a brief leave of absence from her service as a wartime ambulance driver on the French front, and staying for the first time in the bedroom that had always been her grandfathers. Her stay was particularly bittersweet as this was her first time returning to the Estate since her grandparents’ recent passing in the previous years;

Going upstairs to bed with my candle, for one moment I stood in the doorway of that Mauve Bedroom where I had last seen my grandmother and where she had died. The room looked just the same, the chintzes would probably never be changed, the mirror, the pieces of china were just as when I left. And then with a queer feeling I went to my grandfather’s room which had now been prepared for me. No one had ever slept there except he himself but Bridget, his head housemaid, now thought it appropriate to put me beneath his green canopy, and it was rather warmer than the other bedrooms! I fell asleep by firelight and in the morning my eyes opened to see the bed hangings just as his must have for so many years. A bar of sunshine was streaming in at the window, lighting a vase of daffodils on the dressing table. It was March and the lawns would be golden with flowers. Home. The memories of childhood came flocking back, the voices now stilled. The silence. 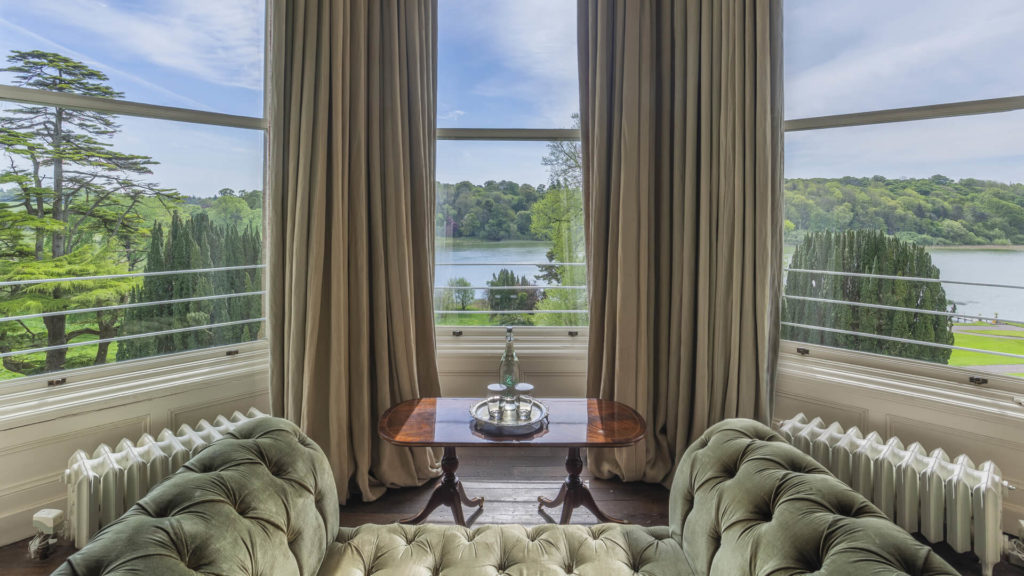