Norman Leslie was killed in October 1914, whilst charging a German machine gun armed with only his prized sword presented to him by HRH Prince Arthur, Duke of Connaught, a dear friend to Leonie Leslie and a regular visitor to Castle Leslie Estate in the early 1900s. The most sporting of four brothers, Norman was a crack shot, a great horseman, polo player and a top cadet at Sandhurst Military Academy, going on to serve with the Rifle Brigade.

The dashing soldier famously took part in the last duel to be fought in the British army, over his supposed affair with the wife of Yousri Pasha, a member of the Egyptian royal family. It took all of Norman’s skill to tactfully lose the fight without being killed by Pasha, a famous swordsman.

His ghost appeared on the Castle Leslie terrace in broad daylight a week before his death. The family were overjoyed when estate workers reported seeing Norman walking around his favourite Glaslough haunts. Relief turned to anxiety when he failed to show up at the Castle for evening dinner. Not long after, a telegram arrived reporting his death at the Battle of Armentieres. Norman’s sword was lost in the battlefields until the 1930s when a Belgian farmer discovered it and had it traced back to Glaslough. It was duly returned to the Estate and is used on ceremonial occasions to this day.

Norman’s room is quaint with picturesque views of the gardens and lake. The bed dates to 1617 and once belonged to Clara Frewen, one of the Jerome sisters, from her home Brede Place in Sussex, lovingly restored by her in the late 1800s. Built in 1350, Brede Place once belonged to Sir Goddard Oxenbridge, a judge and court guard for King Henry VII. These luxurious settings make the room one of the best destinations for spa breaks Ireland has to offer.

When Sir John Leslie, 2nd Bt., disinherited his oldest son Shane for his political views and intention of becoming a priest, Castle Leslie was made over to Norman, the second eldest, and rumoured to be favourite, of his four sons. Norman would have inherited the Estate had he lived and returned home from the front. Shane made a poignant journey to Norman’s resting place a few short months after his death in France, and wrote back to his mother Leonie, to assure her that her son was at peace;

The grave itself is circled with paving stones and someone has planted a rosebush in the clay. I cannot describe how calm and peaceful he was lying…. Poor dear Norman – he is well away – for his spirit was not there and I had no feeling of his presence. 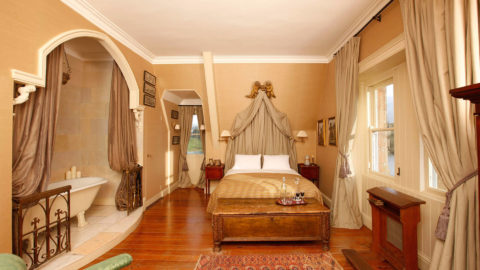 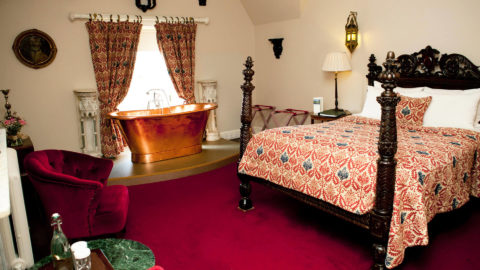