The Governess Room, with beautiful views of Glaslough lake, was ‘home’ to governesses, tutors, nannies and other such characters hired down through the years in an attempt to keep the children in check.

Sir John (Jack) Leslie, 4th Bt., had particularly vivid memories of a selection of beleaguered governesses and nurses he had during childhood. In his memoirs, Never a Dull Moment, he recalls an amusing episode that occurred whilst crossing from New York to Liverpool on the Cedric, a White Star Line, on his first journey to Glaslough;

A few days into the crossing, during lunch time in the restaurant, everyone rushed to the port-holes shouting, “Ireland!” and so, many passengers got their first glimpse of the country that was soon to be our home. Bored by the view I could not see, and feeling that I was not getting enough attention, I promptly scooped up all the spinach on my plate and smeared it completely across my face, much to the surprise of diners seated at tables near our own. Fortunately, Miss Shirnzell took me out and washed my face for me.

Jack would happily admit that he was a mischievous young boy and doubtlessly caused his teachers some distress. On other various occasions, he caused a scene for a poor Miss Butler upon meeting a princess (one of the daughters of HRH Prince Arthur, Duke of Connaught) for afternoon tea, threw his pyjamas in the bath and subsequently flung another pair out the window upon the arrival of a new governess, Miss Crouch, and nearly set the Leslie family home in London on fire one fateful evening!

The first bath in Ireland, also the largest, used to be in this room. Several children could be bathed at once in its vast depths. Some years ago, the bath was relocated to the Red Room, while the other room that was originally in the suite was incorporated into the Eagle’s Nest – now an intimate, spacious room for couple’s on a romantic getaway in Ireland at one of the most luxury hotels Ireland has to offer. 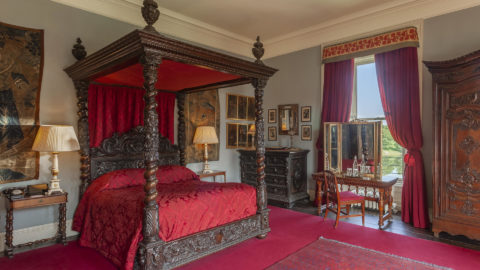 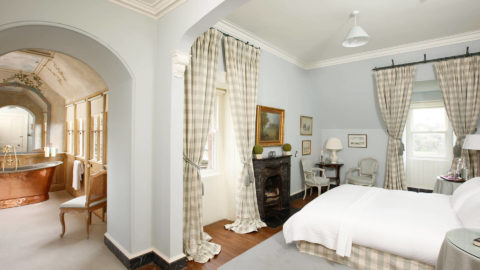 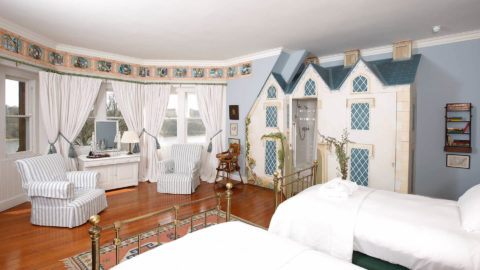 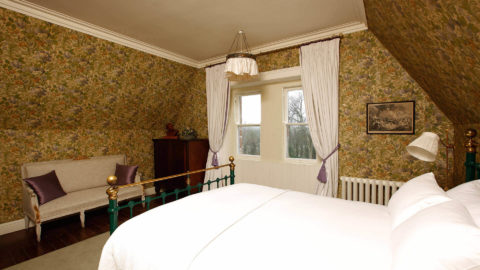